The Pity Party: A Mean-Spirited Diatribe Against Liberal Compassion 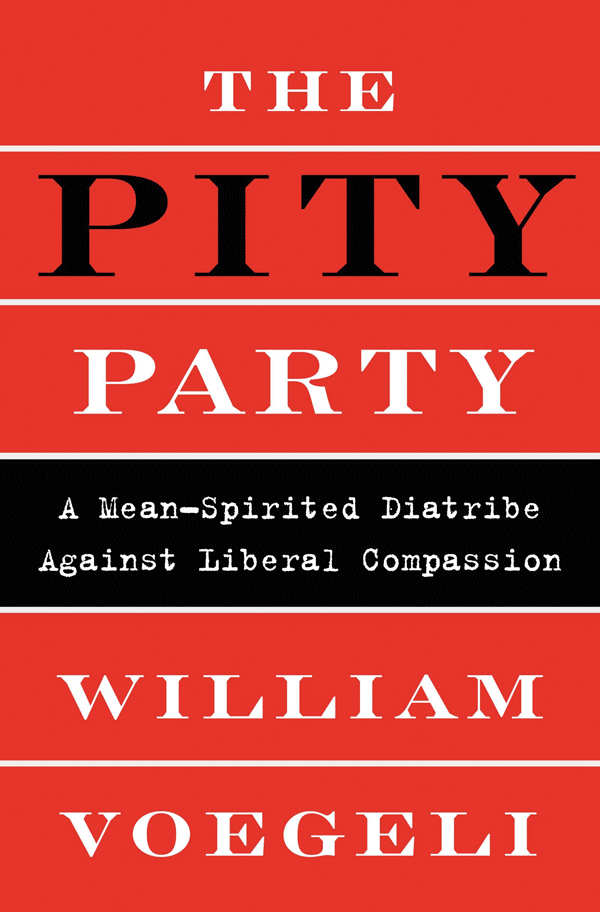 The Pity Party rebuts liberals who, treating compassion as the essence of personal and political virtue, have accused conservatives for decades of being heartless and greedy. It argues that a broad range of liberal initiatives–our $3 trillion welfare state chief among them–don’t work very well (after half-a-century, the War on Poverty is, at best, a stalemate) because liberals don’t care whether they work very well. Too often, the point of poorly designed and ineptly administered public programs is to make empathizers feel better rather than help empathizees fare better. Liberalism’s reliance on a distorted, exaggerated understanding of compassion jeopardizes prosperity, social cohesion, and self-government. The Pity Party has been endorsed by William Kristol, editor of the Weekly Standard (“almost Tocquevillian–for me the highest praise possible”), Harvey C. Mansfield, government professor at Harvard University (“the logic of liberalism is exposed with unfailing fairness”), and Scott W. Johnson, co-founder of the Power Line blog (“deeply illuminates the desiccated state of contemporary liberalism, mercilessly puncturing its pretensions and self-regard along the way”). The Pity Party can be ordered from Amazon, Books a Million, iBooks, Barnes & Noble, IndieBound, and HarperCollins.